A young teacher at Marist with members of her class in front of a portrait of their Class Saint - Peter Chanel SM. 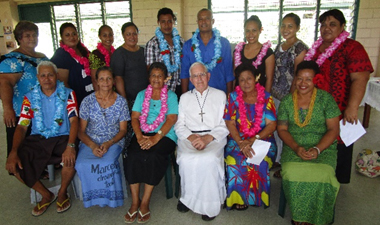 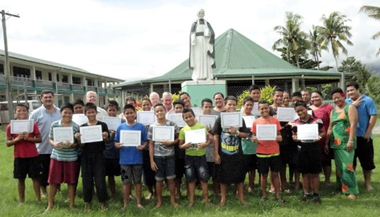 Students holding their Certificates at the conclusion of the Champagnat Marist Holiday Reading Program for slow learners. Br Humphrey O’Connor was the program co-ordinator.